Why are there no unicorns …. or are there?

Charles Arthur (@charlesarthur), reacting to a question from a ten year old, posted the following tweet:

Rhinos have a single horn. Deer have two horns. Why aren’t there unicorns, ie horses (or deer) with a single horn?

Which turns out, like many “silly questions” to be a rather profound one … and one which I certainly struggled to answer (if you have any more answers or object to any of my reasoning or claimed facts, please comment below).

The initial pedantic responses to the question from various geeks like me (and indeed – in one case - from me) pointed out that rhinos don’t have true horns (their “horns” comprise matted hairs) and that they do usually have two horns (one behind the other). But neither of these observations (relevant though they are) do anything to diminish the force of Charles’s question.

As Charles responded to one claim that rhinos don’t have horns: “let’s impale you on one and see how that goes”.

Lots of creatures have horns, antlers, tusks, swords etc, which I shall generalize to: Pointy Things Sticking Out Of Their Heads (PTSOOTHs). Swordfish, walruses, elephants, deer, narwhals, rhinoceroses, and many others spring to mind in this context.

Ptsooths may be composed of bone, cartilage, hair, skin, or tooth enamel. Ptsooths start out, in evolutionary terms, as small bumps that confer some tiny advantage, and evolve from there. They may serve (or have served in different phases of evolution) various purposes which include: protection from predation, hunting weapons, digging tools, and sexual signalling devices.

The term “sexual signalling devices” covers a multitude of sins here. Huge antlers may signal “don’t mess with me” to rival males (and may be used to actually fight rival males) and “please mess with me” to females. In this kind of situation, runaway sexual selection often occurs and – as with the peacock’s tail – we can end up with ptsooths that are far too big for the purpose for which they originally evolved and that may actually be an encumbrance for the ptsoothholder – at least in its non-sexual life.

But to get back to the real topic here, all vertebrates have basic bilateral symmetry[1]. The symmetry is not absolute. Most men have unsymmetrical testicles and while we usually have two lungs and two kidneys, humans only have one spleen, one penis/clitoris, and (timelords aside) one heart. Our single heart does not, however, offend the basic symmetry of the body as much as many imagine: 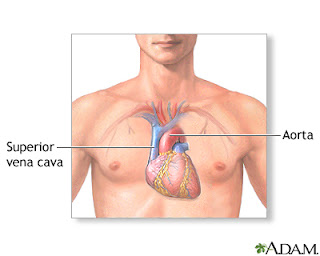 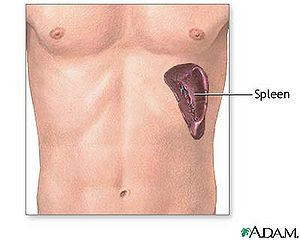 But these are soft tissues. Vertebrate skeletons are far more symmetrical and (save for the backbone itself and a few other bits) contain two of everything. In particular, the skull (or at least areas of the skull from which ptsooths grow or could grow) develops (embryologically speaking) from two symmetrical sets of bones that fuse together. 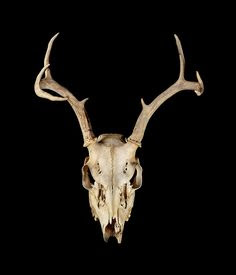 You can see the join!

Jaws (mandibles), foreheads (frontal bones), crowns (parietal bones) are all made from two symmetrical halves with a join (suture) down the middle. Even “single” skull bones – like the occipital bone at the back of the skull – are formed (earlier on in embryo development) from two (or four) initial symmetrically arranged sites.

So to really come to the point (pun intended) animals with ptsooths generally have two or four or six – ie even numbers of ptsooths – because they grow ptsooths from bits of bone that come in pairs and not from the joints between them.

So this could be why there are no unicorns …… but (to go back to Charles’s initial question) what about rhinos? (Let’s just consider the long front horn or consider Asian rhinos which do only have one horn it seems[4]).

Well because the rhino “horn” is essentially a modified tuft of hair, it was free to start evolving wherever on the skull it wished to. After all, many of us have tufts of hair between our eyebrows or on our noses (which many of us pluck out in order not to further enhance our rhino resemblances). Both single or double ptsooths could be useful and the rhino went for a tandem (or single) arrangement because it could[5].

It should be noted that both rhinos and deer still have bilateral symmetry – if Damien Hirst sawed either in half down the middle he’d end up with two pieces that were essentially mirror images of each other. (By the way, I wonder what he did with the other half of his shark?)

”But what about narwhals (the ‘unicorns’ of the sea)?” I hear you all cry.

Well this is where it starts to get really interesting! (So I hope you’ve persevered this far.)

The narwhal[6] “horn” is in fact a tooth – a left canine tooth to be precise. It grows very long and in a helical fashion. The socket for the tusk has migrated very close to the line of symmetry of the narwhal and grows straight forward – providing the unicorn-like appearance: 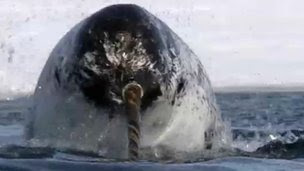 – but narwhals are actually slightly asymmetrical:

Very occasionally, narwhals grow two tusks, but they never grow a single right tusk or reverse the handedness of the helical twist of either tusk.

Unicorns also have a twisted horns and it is often claimed that depictions of unicorn horns were based on observations of narwhal horns. 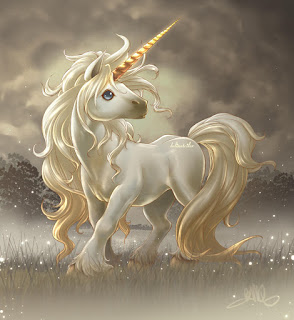 Unicorns, however, twist both ways: 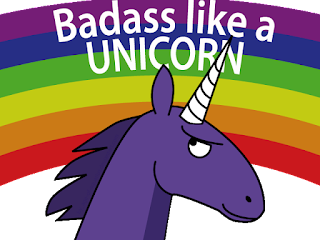 There again, so does DNA – in its depictions! In real life, DNA[11] only goes one way – the opposite way to the narwhal horn.

The ancestors of modern deer also had tusks[12]. Later they evolved horns and their tusks withered away as their horns grew. I see no reason – in principle – why deer or antelope (or other ungulates) could not have evolved to grow (say) only their left horns and why that single horn could not (with a slight asymmetrical deformation in skull development) have moved over towards the centre of the head. Such a “unicorn” would not be quite symmetrical but, given that they have helical horns, unicorns aren’t really symmetrical either.

In fact, thinking about it, I don’t really see why – if the horn were composed of two fused halves (like the swordfish “bill”) – we couldn’t have had a “unicorn” with a single symmetrical untwisted horn.

Moreover, if the frontal and parietal bones of the skull withered away and the occipital bone filled in for them (stranger things have happened in skull evolution) why couldn’t a single horn develop from the middle of that bone in roughly the right place for a unicorn style horn? I know not.

In conclusion then, I have no idea why there are no unicorns …… perhaps there are!

Postscript: Since writing the stuff above, Rab Austen (‏@RabAusten) has reminded me that the triceratops also had a (front) horn on the midline of its skull. This was a "real" (bony) horn and would - as Paolo Viscardi (‏@PaoloViscardi who has forgotten more about bones than I shall ever learn about them) kindly confirmed - have been formed from the fusing of two symmetrical elements - like the swordfish bill. I'm not sure whether a horn formed like this could then grow with a helical twist (though as Paolo also points out, stranger things happen at sea) but Rab's insight certainly lends support to the claim that there is no reason - in principle - why a horse-like creature could not have evolved a bony horn in the middle of its forehead.