The riddle of Ridley

This piece was inspired by Nick Cohen’s piece (which I urge you to read) in yesterday's Observer: Why do we still honour free-market intellectuals? (It's mystifying that the former chairman of Northern Rock is still garnering plaudits).

The author of our current misfortunes? 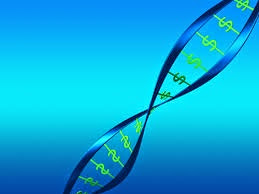 Matt Ridley (AKA The Right Hon Matthew, 5th Viscount Ridley) is famous (or perhaps infamous) for (let us put this as neutrally as possible) being “in charge” of Northern Rock when it went pear-shaped (to use a metaphor borrowed from biology) in 2007. This debacle was the first (at least the first that came to everyone’s attention) in a series of events that culminated in the virtual collapse of the UK banking system and the economic mess from which we are only just recovering (at least if the optimists are to be believed).

I, however, knew of Matt Ridley long before 2007, as the author as a series of books on evolutionary biology and genetics. While I should hesitate to recommend Dr Ridley’s financial advice to anyone (ditto his views on climate change – but that’s a story for another day), I should have no hesitation in recommending his excellent popular science books.

The only criticism I might make of those books is that Ridley is sometimes too ready to borrow metaphors from evolutionary biology and try and apply them in his thinking on how the economy works or (even more tendentiously) ought (in a moral sense) to work. You can often see this species of thinking lurking below his writing. Richard Dawkins (who writes in similar fields and has often worked alongside Ridley) is rather more keen to note (though I am paraphrasing Dawkins here) that just because nature is “red in tooth and claw” it does not follow that the best run economies are, or that (even if such economies were the most financially successful) they would be an ethical success.

But let us move on and look at some (evolutionary) science……..

It is a puzzling fact about humans (revealed in a number of experiments) that when acting as an audience at (say) a random number guessing game, they will accord extra respect to those who guess the “correct” numbers (and less respect to those who guess the “incorrect” numbers) even though they know the game is entirely random. If popular films are an accurate portrayal of reality (I would not know as I have never entered a casino) winners at roulette accrue similarly inflated (and entirely undeserved) prestige.

Of course, winning at some gambling games – for example Black Jack – can be a sign of cleverness. If you can remember the sequence of cards and calculate the odds in your head as the game progresses you can stack the odds in your favour. But usually, gambling involves pure chance. It is often claimed that some people are “expert” poker players, but the last time I read something on this subject, the author was suggesting that the statistics on this are by no means unequivocal. It is entirely possible (he opined) that “top” poker players are simply “lucky” poker players.

So why do we admire people who happen to make the right (entirely serendipitous) guesses? One answer I have seen put forward is that we (for evolutionary reasons) prefer to ascribe what happens in the world to agency rather than to random chance: the movement in the bushes might be a random effect of the wind, but those who assumed it might be a stalking lion were more likely to live long enough to become our ancestors.

It was at one time thought - even sometimes by Darwin himself (despite what we often read and despite the fact that the modern non-Lamarckian theory is styled “Darwinian”) - that a significant element in evolution is the inheritance, by offspring, of characteristics acquired in life by parents. The example usually given of this sort of phenomenon is the ancestors of the giraffe having to stretch their necks to reach the leaves of tall trees and then passing on their elongated necks to future generations who then did the same and became taller still.

Microbiologists were among the last scientists to disabuse themselves of Lamarckian notions. The example of giraffe gymnastics is clearly far-fetched but, for a long time, it really did seem as though populations of bacteria could be "trained" to survive increasing concentrations of antibiotics in their growth media – like heroin addicts learning to tolerate increasing doses of their chosen drug I suppose – and could pass this learned ability on to their daughter cells. What actually happens is that a few “lucky” mutant bacteria just happen to survive each round of antibiotic treatment and go on to produce new generations with a similar genetic make-up (plus a few new mutants).

In other words, the successful bacteria do not owe their survival to any of their own achievements in life.

Perhaps you can already see where I am going with this ………..

Certainly until the events of the last few years, I suppose that people naturally (and as we have seen for good evolutionary reasons) tended to assume that successful bankers were successful because they were highly talented people who owed their success to their talents. Successful bankers were awarded prestige and honours and, even though some people wondered aloud whether bankers really deserved to be paid salaries and bonuses hundreds or thousands of times greater than what (say) a university researcher discovering a new antibiotic might expect, most people accepted that successful bankers deserved high salaries.

But there’s an entirely plausible alternative hypothesis for what the mechanism at work here is – made all the more plausible since the events of 2007. What if bankers make entirely random decisions? The financial environment in which they make those random decisions, selects some to survive and prosper, and some to go bust; but the bankers themselves have no more special foresight than bacteria growing on media contaminated with varying concentrations of antibiotic.

What, in short, if banking (and perhaps commerce in general in a market economy) is Darwinian rather than Larmarckian?

Given Mark Ridley’s fondness for drawing parallels (at least implicitly) between evolutionary biology and the financial world, I am surprised he has never given serious consideration to this hypothesis. And, even more to the point, subscription to such a hypothesis would entirely absolve Matt Ridley of any culpability for the plight of millions who have been far less fortunate in life than the Viscount and who now find themselves at the (lack of) mercy of events which were certainly beyond their control.